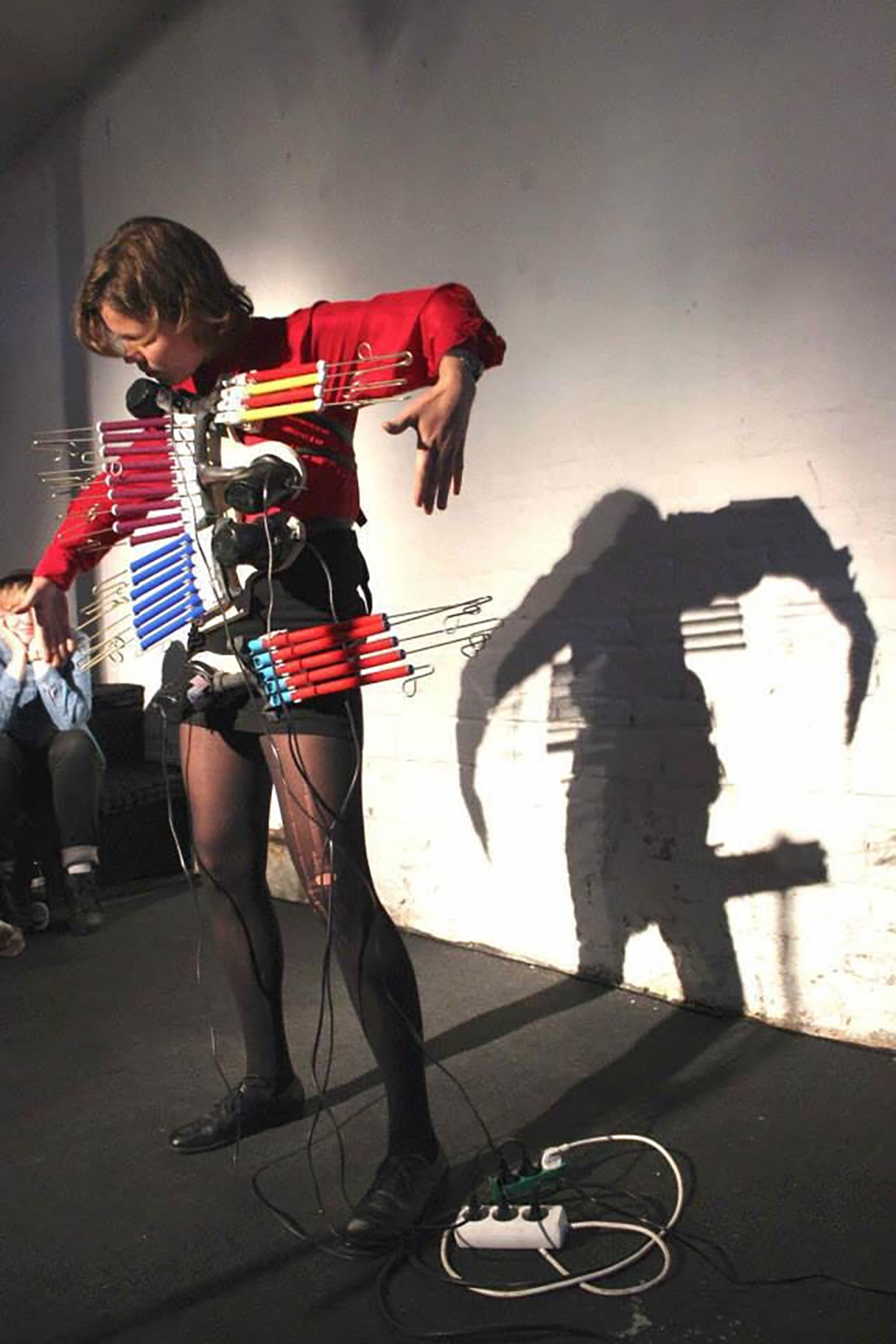 Music’s apparent power to affect mind and body is a performance that incorporates a wearable instrument and sound sculpture. Slide-whistles manipulated with air pumps create a high-pitched polyphony, which activates the acoustics of the performance space. The instrument makes use of difference tones, which occur in the nucleus of the inner ear when it responds to high pitched tones with slight variations in frequency by producing a lower pitched psycho-acoustic tone. Compositionally, the adjustment of the various pitches on each slide whistle allows the performer to generate sound patterns with those lower pitched phantom notes. These difference tones are impossible to record, since they only occur on the psycho-acoustic plane, further underlining the importance of the performance aspect of the piece as well as the role the audience plays in creating the sound. The instrument has unmistakable visual similarities with bomb-belts, and the high frequencies bring forth associations to uncomfortable sonic environments. These elements connect to the notion of using sound as a weapon, something that shocks and has explosive potential. Furthermore, the instrument functions as a cyborgian extension of the artist’s body, drawing parallels to the technological equipment used in warfare.