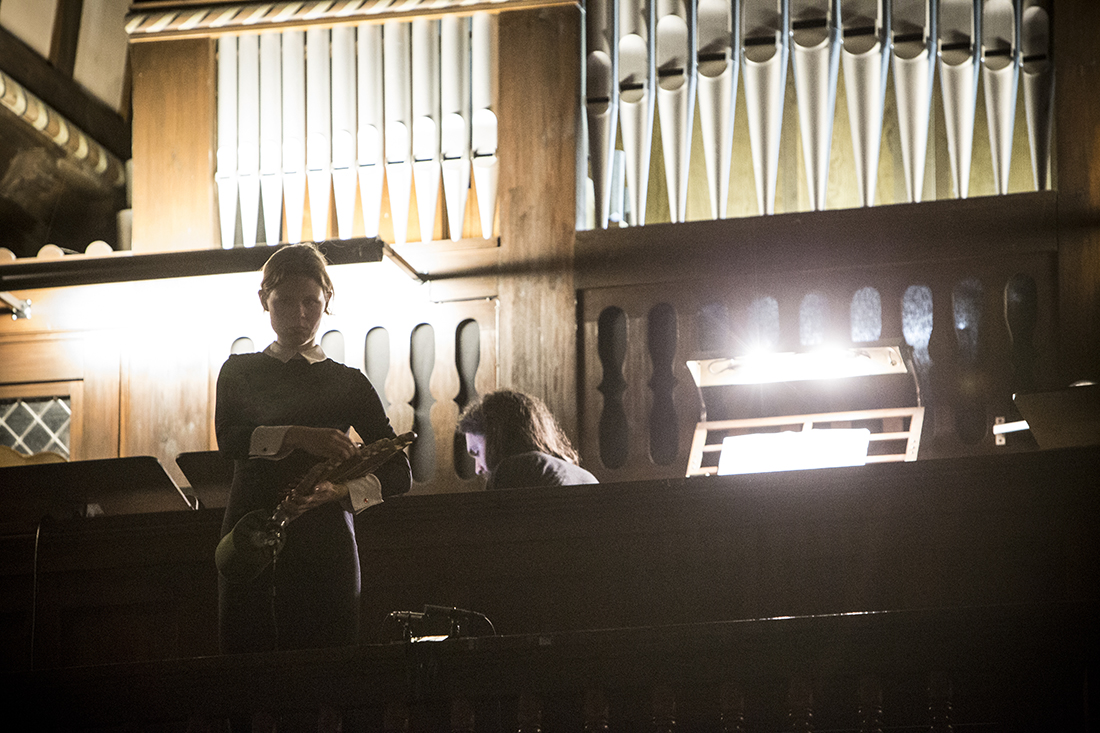 In collaboration with Stefan Maier

Celebrating the consecration of the Dome of Florence, Guilliame Dufay composed the motet Nuper Rosarum Flores in 1436. Using proportions derived from the dimensions of the Temple in Jerusalem as described in I Kings, every parameter of the work was composed to initiate an alternative spatial order — discursive, mystical — in which one space sounded in the other. Here, as voices resounded within the iconic Dome an alternate architecture was formed — one which was present, but unseen: architecture in air. Drawing on this lineage alongside Maryanne Amacher’s Sound Joined Rooms and Iannis Xenakis’ Polytopes — that of architectural composition — Ragnhild May and Stefan Maier prioritize space as the primary parameter of their collaborative compositional work. Here, the temporal constitution of Euclidean, conceptual, and perceptual spaces becomes central, as traditionally foregrounded musical parameters take a secondary role.

Bellows uses deconsecrated cathedrals as a site for this work. May and Maier distribute loudspeakers and large subwoofers variably throughout multiple rooms looking for nodes and resonances from disparate acoustic spaces. Rooms become the sounding chambers for Maier’s electronic drones and May’s selfmade instruments. Here, the building is instrumentalized: it is literally performed upon — sub frequencies travel through walls, shaking loose fixtures and door handles; high frequencies pass through multiple rooms, taking on unique resonant characteristics before reaching listeners.
This spatial complexity is mirrored in terms of the invisible spaces formed in air: the compressions and rarefactions of which sound waves consist take on a sculptural quality. Here, incompatible tuning systems are set in conflict with one another, clashing to produce irregular beating patterns and abstract airborne geometries. Equal tempered pitches from the church Organ conflict with Maier’s just-intoned modular synthesizer and the fluid tuning of May’s self-made instruments. From the smallest of spaces produced by nearly ultra-sonic heterodyning sinetones to the standing waves generated in the rooms to the massive spaces implied by phasing infrasound, through the interference patterns generated by conflicting tuning systems air is variably sculpted to form abstract spaces unseen.

The by-products of the constitution of these spaces are not without tangible ramifications, however. In particular, both May and Maier are interested in Otoacoustic Emission (OAE). OAEs are sounds of cochlear origin: they are present in all human hearing, as a result of motion of the cochlea’s sensory hair cells. Though usually too quiet to be perceived, if sufficiently excited by extreme auditory stimulation — as in this case of the heterodyning drones of May’s garklarino recorders — OAE can be heard. Much like the unique resonant characteristics of different rooms exposed by loudspeakers, here May and Maier excite the cochlear system so that it sounds on its own terms: the very cochlear chamber of each and every listener becomes an instrument in and of itself.

May and Maier consider instruments, buildings, and — most fundamentally — ears not as the neutral means of transmission, but rather as the foundational sites of composition. Crucially, then, the shaping of discrete aural spaces becomes equally important as the sonic information projected: after Amacher, Bellows eschews “notes without ears,” loudspeakers without diffusion and instruments without mechanism. Instead, May and Maier embrace a composition that can only be heard in and as a body, in a space, with other bodies — both instrumental and subjective. Through the constitution and interplay of these multiple spatialities — through the choreography of sonic geographies — the plurality of listening is exposed.