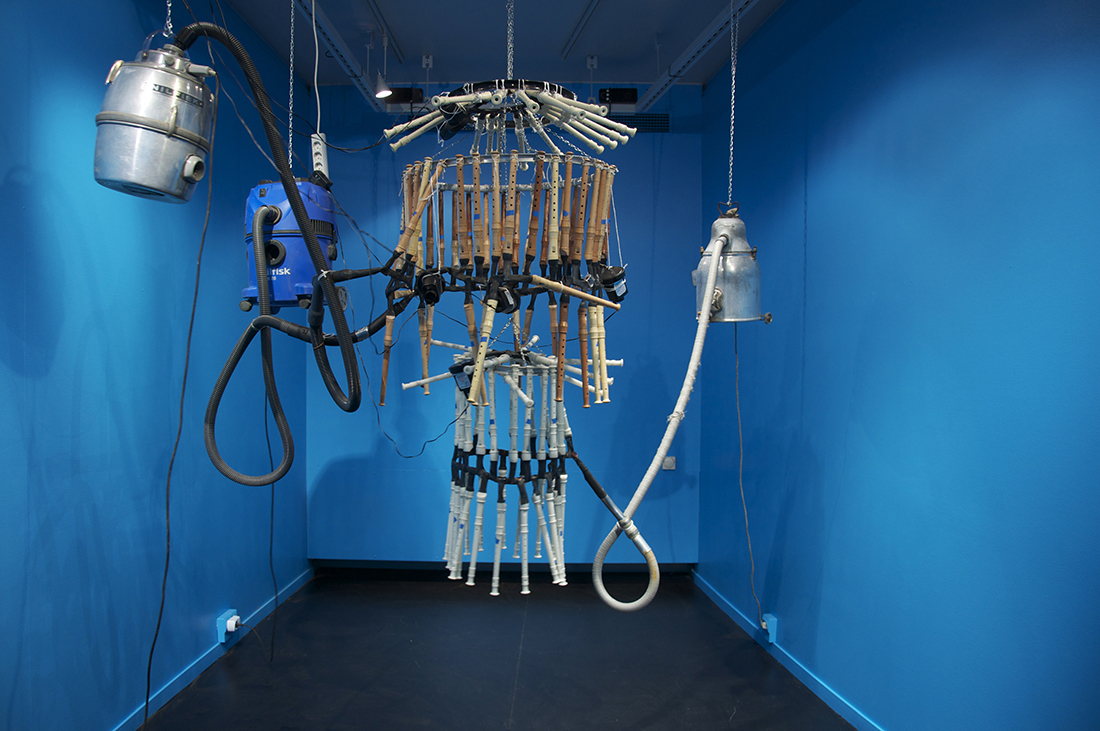 Composition for Flute and Iron Lung is a monstrosity consisting of 117 soprano recorder flutes, blown mechanically by electrical air pumps. Visually reminiscent of a chandelier, the installation is an automaton: a self-playing instrument, which performs continuously and automatically. Sonically, it fills out and activates the entire space in which it is installed, and spectators are surrounded by a cacophony, and left with their own bodily perceptions of the sounds. The clear resemblance to a chandelier, which is generally viewed as a pristine object of beauty and prestige, further accentuates the discrepancy between luxury items, and the recorder as a commonly affordable object. Recorder flutes are among the oldest instruments discovered by archeologists, and have a cultural history dating back to 33.000 BCE, where they were presumably used for hunting and communication. In 1492 the pope declared that “[…] anyone who plays the flute will end up in hell”. When the traverse flute was introduced in Europe, the recorder flute lost its popularity, and was almost completely forgotten in the late 18th century. In the post-war years, recorders were reintroduced and have since been commonly found in societies worldwide. Nevertheless, they are still often looked down upon as simple toys or school instruments. The installation is worn and activated in the performance The Flute Player.