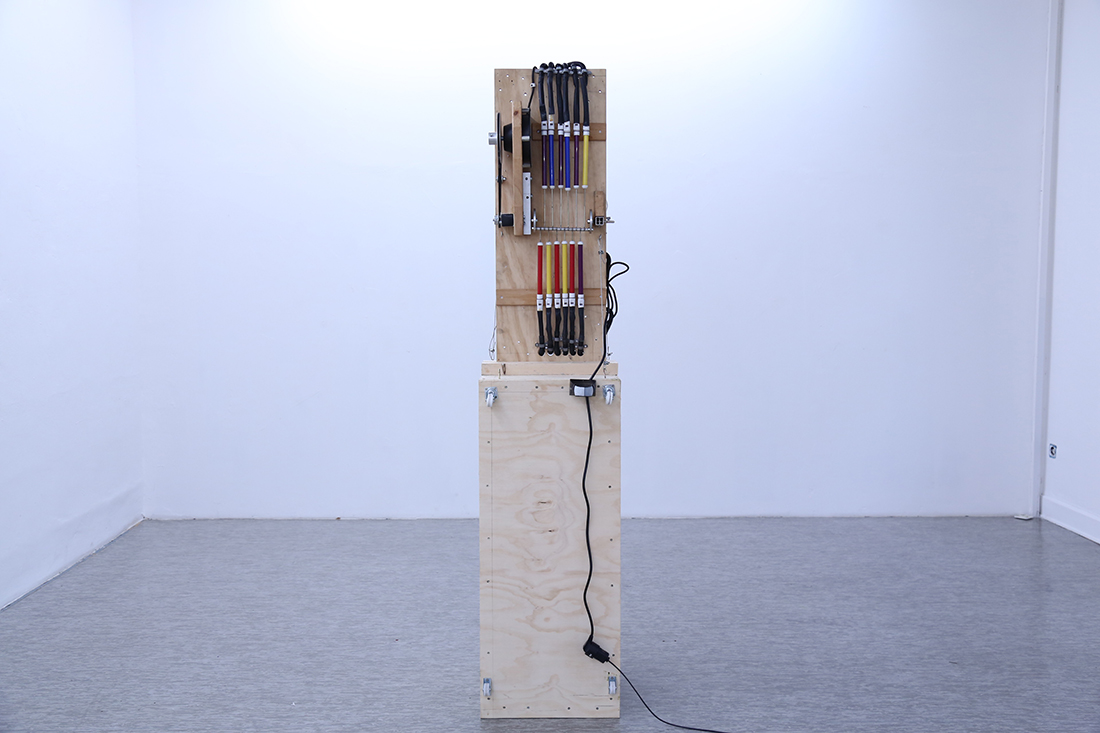 Now I will Rest on my Laurels -Rest until the Doomsday Trumpet Sounds (Composition for Glissandi, Circular, Linear ect.)

Now I will rest on my laurels – rest until the doomsday trumpet sounds. Composition for glissandi, circular, linear, etc. is a performative installation consisting of constructions that activates flutes and make them play tones that change automatically. The flutes – which are slide whistles, toy flutes that play a glissando tone via a stick that is pulled through the tube of the flute, are connected to a crank, in order to make the flutes play a symphony of glissandi tones simultaneously.

In 1738, clockmaker Jacque de Vaucancon built an automaton in shape of a flute player that could play a melody automatically. Even earlier on, the Jesuit Athanasius Kircher tried to built a version of the Aeolian harp. Many references to automatically playing instruments can also be found in mythology.

The work is based on the approach to composition, that in making a construction that systematises sound, an order or logic is created. Hence the instrument maker is the composer and the construction is a score.