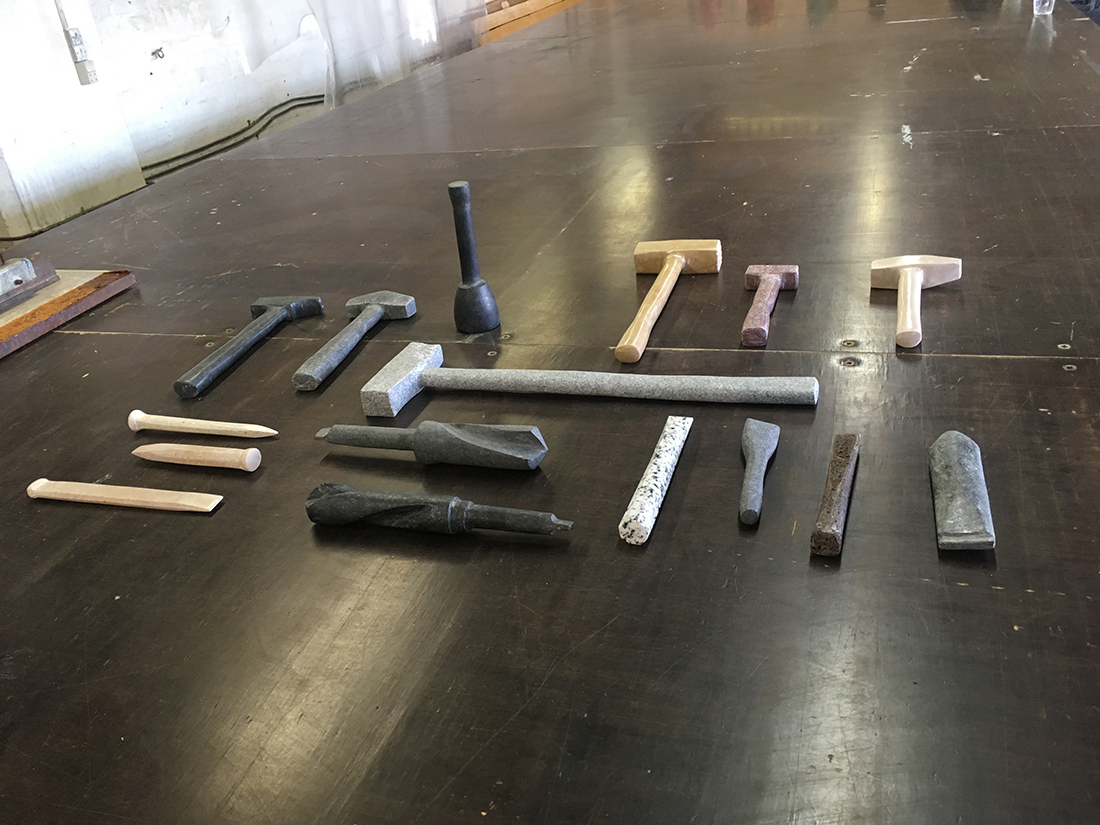 1:1 is a group of sculptural objects, in which the tools that were used to carve out the sculptures are recreated in stone. This creates a feedback loop, in which the act of creating the sculptures is placed front and center. Rather than representationally depicting the tools, the sculptures highlight the process of carving, and give the sense of being invited into the workroom with the artist. At first glance, the sculptures have a visually confusing effect, as the objects are familiar, but the materials from which they are made seem out of place. The presentation further complicates this relationship, since the sculptures are displayed much like artefacts in a historical museum. The work is visually reminiscent of archeological findings, which further effaces the (non-)function of the pieces, as though they were actual, functional tools that had been excavated, much like arrowheads or neolithic tools.